Welcome to the penultimate edition of 2022.It has been an exciting journey so far, and The Projects Magazine continues to give a greater insight into what is happening in the economy, in particular our areas of focus.

This edition is headlined by Morupule Coal Mine corporate strategy for 2022-2027, in which we highlight key focus areas of the strategy.

As previously reported, Morupule Coal Mine is a company that is coming out of its shell, to rigorously pursue opportunities in the global market.

The demand in the global coal market has never been this huge, and MCM is positioning itself to capitalize on the opportunity.

Morupule Coal Mine, through its newly developed corporate strategy, targets to supply various markets with a cumulative total of 7.6 million tonnes of coal per annum by the year  2027.

This will grow the mine’s annual revenue to P3 billion from P1 billion which is expected soon in 2023.

MCM has responded to calls by government to come up with initiatives that empower citizens to take part in the economic activities in line with MCM business output.

Ahead of strategy launch, MCM took a decision to establish a fully-fledged office for citizen economic empowerment.

MCM affirmed that it strongly believe that empowering Batswana to own businesses can help reduce the country’s national import bill.

The company plan to achieve 50 percent citizen spend supporting 3000 jobs by 2027, and it programme is similar to that of Debswana

where partnerships and collaborations with key players such as commercial banks, Botswana Chamber of Mines (BCM), and United Nations

Development Programme (UNDP) among others form key part of its CEEP.

Edwin Elias, who joined MCM from Debswana in 2021 to take over the reins at MCM as General Manager — and now Chief Executive Officer — has been tasked with leading the ambitious transformation.

Elias brings to MCM a wealth of experience spanning at least 20 years in th diamond mining industry of which he has served 13 years in the Executive Management of Debswana Diamond Company and the De Beers Group.

In this edition, we have also give you an insight into ongoing projects at Debswana Jwaneng Mine.

Jwaneng Mine, the world richest mine by value,owned and operated by Debswana will continue to anchor both Debswana and De Beers revenue, following investment in key projects; the Cut 9 project and underground project.

In the first half of 2017, Cut-8 delivered its first ore for Jwaneng, catapulting the mine to ‘super-pit’ status.Cut 8 will come to an end in 2029, according to Debswana, paving way for mining of ore to begin at Cut-9.

Cut 9, which is currently transitioning from outsourced contractor to in-house operation, will take Jwaneng to 2036.

Cut-9 project, which commenced in 2019 will reach its bottleneck in 2027, two years before the end of ore production at Cut 8.

Currently mining of waste at Cut-9 is ongoing, with Naledi Mining Services, scheduled to take over the project in January 2023. Meanwhile the underground development will commence in 2024 (development of tunnel/mining of waste).

Production of ore will start in 2030. Jwaneng Mine underground project came into being after it emerged that post Cut 9 business case evaluation paints a different picture which proves that no further open pit cutback be viable.This resulted in the future of Jwaneng mine being directed to underground alternatives.

It is clear that mining in Botswana will continue to play pivotal role in the economy of the country through jobs creation, contribution to the national coffers and other value chain economic activities.

These and many other exiting stories are contained in this edition. 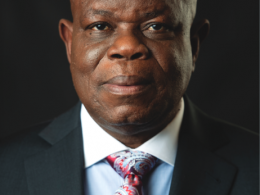 Welcome to the September-October edition. September was an eventful month full of exciting developments, key among them is…
byRearabilwe Ramaphane 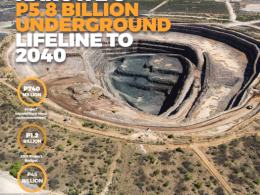 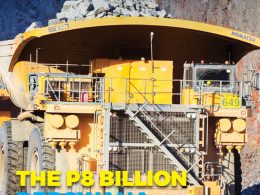 Welcome to the second issue of Volume 2. The publication is growing in leaps and bounds as we…
bythewrap
12 shares
12
0
0 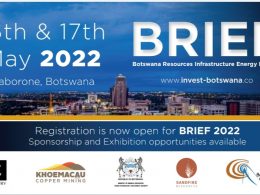