Lucara Diamond Corp. on Wednesday announced that the company’s Board of Directors has formally approved the Karowe underground expansion project following the Financial Close and satisfaction of all Conditions Precedent pursuant to the previously announced senior secured project financing debt package of US$220 million (P2. 4 billion ) signed July 12, 2021.

The Facilities include two tranches: A project finance facility of US$170 million to fund the development of the underground project, and a US$50 million working capital facility to re-finance the Company’s existing debt and to support on-going operations.

A utilization notice from the US$170 million project loan facility has been accepted and first funding for the Karowe underground expansion is expected to be received in mid-September.

Capital costs for the UGP totaling US$534 million, will be met with funds from a combination of the Facilities, the projected cash flows from the Karowe open pit mine during the underground construction period, and the equity financings totaling C$41.4 million closed July 15 resulting in the UGP being fully financed.

Zara Boldt, Chief Financial Office & Corporate Secretary commented: “We are delighted to have completed this significant milestone following the signing of loan documentation in mid-July. We would like to thank our Lenders and advisors for their efforts towards achieving Financial Close of the Facilities.”

Construction efforts have ramped up since the Facilities documentation was executed in mid-July.Ventilation shaft pre-sinking has commenced with the completion of the first set of cover holes, and a total of 4 blasts occurring to date with continued drilling, mucking, and installation of ground support on a 24 hour basis.

The ventilation shaft depth below the shaft collar is currently at approximately 17 meters. Mobilization to site of the remaining pre-sinking equipment and contractors is underway.

Civil work on the remaining ventilation and production shaft infrastructure is progressing well, with mobilization of temporary generators and civils works associated with the generator pad completed. 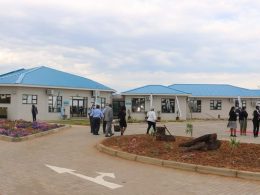 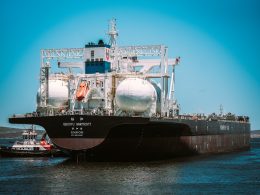 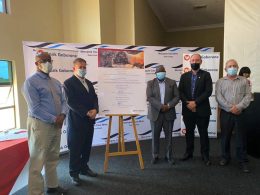 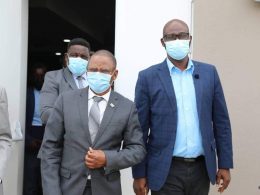