It is the company’s blueprint to a better future, one that is fairer, safer, cleaner and healthier, where safety, human rights and ethical integrity continue to be paramount, where communities thrive, and where the environment is protected.

“Building Forever sits at the heart of everything we do. From our mining operations in Botswana, Namibia, South Africa and Canada, through to the stores where we sell our diamonds. Building Forever along with our Purpose and Values guide our work, our decisions and our behaviours,” said Wanetsha Mosinyi, Social Investment and Sustainability Manager at De Beers Global Sightholder Sales.

Mosinyi said sustainability is not new to De Beers as the company has been working in many of these areas for years, and in some cases several decades.  De Beers Group has already set aside six times the area of land used for mining, for conservation purposes.  De Beers Group was the first company in the world to provide employees and spouses with free anti-retroviral drugs to treat HIV/AIDS and have now had 12 years without an HIV-positive baby being born to a De Beers mother. In 2005, the company established the industry’s most rigorous set of business, social and environmental standards; and they have achieved much more to date.

“But we also know we can achieve much more if we work with expert partners to guide us, set ourselves ambitious targets, and innovate as we seek to achieve them. The Building Forever Sustainability Strategy was launched in December 2020 with four key pillars of Leading Ethical Practices across Industry; Partnering for Thriving Communities; Protecting the Natural World, and Accelerating Equal Opportunity,” said Mosinyi. He explained that with an ambitious vision for each, the four pillars are supported by 12 stretch goals, aligned to the national priorities and development plans of De Beers partner countries and the UN’s Sustainable Development Goals (SDGs).

The De Beers Building Forever 2030 goals aim to galvanise the company’s employees and partners to achieve their vision for a better future for people and the planet.

“We believe that to build forever we need to challenge ourselves to do better and push further, which is why we have set ourselves the four pillars with 12 ambitious goals we are determined to achieve by 2030. These are vitally important not only to our business, but also to our employees, partners and communities across all facets of our operations,” said Mosinyi.

•  Extend its Best Practice Principles (a set of leading ethical, social and environmental

standards) beyond its value chain to advance industry standards.

Initiative: Today, more than 2,700 entities and 350,000 workers across the diamond industry are covered by these exacting standards. The BPPs represented a radical move when they were launched; now we intend to go much further. During the next ten years to 2030, De Beers will regularly evolve the BPPs to keep pace with the highest international standards across all areas of business, social and environmental impact.

•  Provide the origin and impact of every diamond it discovers and sells.

Initiative: First launched in a Research &Development phase in 2018 and named by Forbes as one of the world’s 50 leading blockchain solutions in both 2020 and 2022, Tracr is the world’s only distributed diamond blockchain that starts at the source.  Tracr provides tamper-proof source assurance at scale, enabling our ‘Sightholder’ rough diamond customers to provide an immutable record of a diamond’s provenance, and empowering jewellery retailers to have confidence in the origin of the diamonds they purchase.

•  Deliver scalable solutions to improve the livelihoods of artisanal miners

• Establish skills partnerships in all its partner communities

Initiatives: We are creating pathways to prosperity for entrepreneurs and in Botswana, our partnership with the Stanford Graduate School of Business having to date supported and created 2686 jobs whilst our partnership with the Government of Botswana, Anglo American and Debswana for the Tokafala programme continues to create industries through SMME development with the Textile project recently launched to ensure production and in-country supply of quality Personal Protective Equipment (PPE).

Similarly, we have continued to support jobs through Beneficiation from infancy through set up of local factories which in turn have supported skills transfer to support Botswana’s ambition of being a diamond hub.

By 2030 De Beers will be carbon neutral across its operations. This will entail the following key initiatives:

• Achieve equal opportunity, including gender parity, for employees across its workforce

Initiatives: De Beers is working with UN Women and WomEng as well as local governments and other partners to support women studying STEM (science, technology, engineering, and mathematics) subjects. By 2030, we aim to have engaged 10,000 young women and girls in STEM activities. Through our Accelerating Women-Owned Micro-Enterprises (AWOME) programme in partnership with UN Women, we hope to have supported 10,000 female entrepreneurs across southern Africa through mentoring, networking and funding opportunities by 2030.  In Botswana, the AWOME programme is currently being implemented in the Okavango Delta in partnership with the Department of Gender Affairs and will expand to Good Hope and Kweneng in the next phase.

• Increase the diversity of creative talent in the diamond jewellery sector

Initiative: The Shining Lights Awards (SLA) initiatives continues to evolve and in 2021 judges selected the 12 prize winners (three in each of our producer countries including Botswana) from the 130 applications we received for our 2020/21 competition. The theme was ‘The Evolution of Love and Life’.  First prize winners received a one-year apprenticeship at the Polytechnic di Milano in Milan. The runners-up will enjoy a year’s hands-on training at a training institution in South Africa, while third prize winners will take part in diamond industry familiarisation programme.

De Beers Group is involved in the entire diamond pipeline through joint ventures from exploration, mining, sorting to retail, which means all Business Units (BU) across that pipeline have developed their own Plans feeding into the Group Building Forever framework on how they contribute to the achievement of the overall Goals.

Mosinyi said De Beers will continue to work alongside key organisations that provide guidance and expertise as the company pursues its 2030 goals.

In 2017 De Beers Group formed a partnership with the Stanford Graduate School of Business (GSB), initially investing $3 million over three years, to equip and empower 150 young entrepreneurs and 60 CEOs/founders of established companies in De Beers producer countries in Southern Africa. To date, in Botswana those firms have supported and created 2686 jobs.

De Beers established a partnership with UN Women in 2017 to drive greater gender equality in their business and the industry and have seen significant progress since for example our percentage of women in senior leadership has moved from 17 to 29% since then, and the number of women in our Exco from 0 to 45%.  Through the same partnership and working with the Department of Gender Affairs, trained and capacitated women to start and grow their businesses through the AWOME programme.

De Beers and National Geographic in 2021 announced the launch of Okavango Eternal, a strategic partnership to protect the source waters of the Okavango Delta and the lives and livelihoods they support. The five-year commitment, which will help protect Africa’s endangered species, ensure water and food security for more than one million people and develop livelihood opportunities for 10,000 people, represents critical inward investment to underpin the resilience and long-term recovery of the region in the years ahead. The partnership is focused on working hand-in -hand with communities throughout the Okavango to deliver shared ecological solutions that lead to collective economic opportunity. 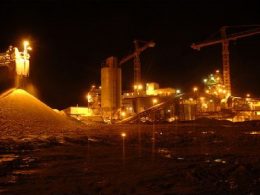 Botswana ‘s Gold production has been plummeting over the past few months, during the 2021 third quarter production…
byRearabilwe Ramaphane
1 share
1
0
0 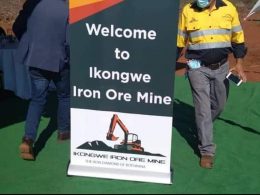 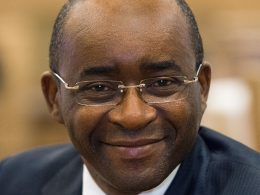 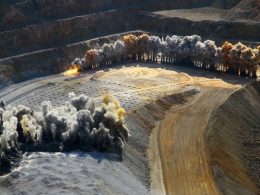 The diamond industry delivered a strong trade run in the month of June, anchoring Botswana economy in the…
byRearabilwe Ramaphane