The new company, 100 percent owned by the diamond mining giant, was unveiled by Debswana Head of Technical Services, Mr Bakani Motlhabani, at the inaugural Debswana Business Seminar held on the 7th of September 2022 in Gaborone.

Naledi Mining Services was registered and incorporated as a company under the laws of Botswana on the 4th of August 2022. The new subsidiary will have its own board of directors to provide strategic leadership and direction of the company, as-well as senior management to drive the company’s day-to-day activities.

Mr Motlhabani said Naledi Mining Services was formed as part of the broader transformation drive, as Debswana positions itself to take on the challenges presented by the market volatilities of the diamond mining industry.

“We have been looking and introspecting, you could have heard about our much publicised, bold and big decision to move away from full on-contract mining at our Jwaneng Mine in order to find a lower cost model of operation that will take us forward,” Motlhabani said.

“Since then we have been looking, to say, what is a sustainable way to implement the preferred hybrid model where some services and activities are run by the operation and some outsourced.”

Motlhabani said the company then settled on having outsourced labour services to the Cut-9 projects, which is Debswana’s last big push back to remove waste and mine in an open cast at Jwaneng, beyond Cut-9, Jwaneng will undergo a big transition to underground mining.

“We did go to the market, but we were not successful in obtaining a suitable partner to provide outsourced labour services to the Cut 9 mining exercise. We then thought long and hard, we introspected and as we innovated we landed at a subsidiary of Debswana, as the most suitable and cost-effective way to provide Cut 9 waste push back mining services,” Motlhabani explained.

According to the Debswana Head of Technical Services, Naledi Mining Services will not only be limited to providing services to Debswana, highlighting the intention to look for other opportunities both in Botswana and internationally.

“We do believe that Naledi will contribute significantly to the mining services industry that will mushroom in Botswana, beyond Jwaneng Cut 9. The intention is for the organisation to look for other opportunities, not only in Debswana, but in the whole mining industry and beyond the borders of Botswana to provide bespoke mining services,” said Motlhabani

He explained that the skills that will form Naledi’s labour mining services will be operations skill; these are machine operators, truck operators, shovel operators, supervisors, as well as earth moving equipment repairs and maintenance. The company will initially have an employee population of about 750 people, with an annual turnover of P300 million.

Deliberating on the envisaged benefits of taking this route, Motlhabani highlighted that efficiency and lowering costs of operation is very key to Debswana. “We went to the market, and we could not get a suitable citizen owned partner to deliver the Cut 9 project, and therefore as a large organisation, we took the lead. We believe that through Naledi Mining Services, we will accelerate the development of the mining services industry in Botswana,” Motlhabani.

He further highlighted that preservation of jobs was also in mind when the Naledi subsidiary was conceptualised. “The employees doing this work will have their jobs preserved for the entire life of the Cut 9 mining exercise. They will also have some certainty to their lives and because the company will innovate and look for other opportunities beyond our borders, possibilities will open up.”

Motlhabani added that Naledi Mining Services will also contribute significantly to the socio-economic development of the region it operates in, both directly through jobs created and support to local businesses, as well as indirectly through CSI projects and community development projects. 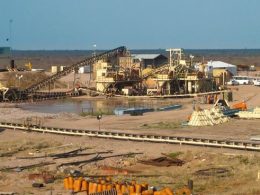 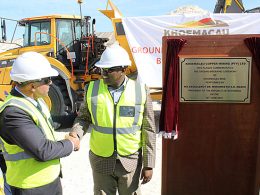 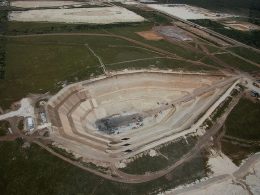 Khoemacau Copper Mine is expected to contribute approximately, P119 billion to the GDP, with an estimated average annual…
byRearabilwe Ramaphane 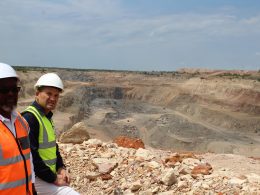